On October 1. 2016 children from the Foundation took part in the interactive theater play – they themselves have created a script, made costumes and even were playing musicians and dancers. The interactive theater play was a part of the joint-project “The Creative Workshop for the children”. The project was organized by The Culture Institute of Lithuania and the Forum of the printing houses (Lviv, Ukraine).

The international team of book illustrators from Lithuania and Ukraine, heading by the main director of the Vilnius Theater, Saulei Dyagutite, visited “The Way Home” foundation. During the visit, the children, together with the group of artists and a theater director have created the play, the actors and have showed the unique interactive play. First the team created the heroes and a script, then they have divided into several groups. One was creating the heroes, the other were the dancers, another one – musicians with the self-created horns and drums. A separate group has tried themselves as illustrators – on a transparent peaces of palette they draw the heroes and the decorations.

Then the play begun. It was projected by the director by the graphic projector on the wall of the class. Children were waiting for their acting to begin with excitement. Right there, during projection the dancing group and the music group began to dance and play.

The play went a success. The main heroes won the fight with the evil and the happy end was there. Odessa became the last city of the interactive theater project around Ukrainian children from families in difficult circumstances, orphans and IDP children. The team of the project has been united around the idea of care for the life and children, especially children with difficult childhood. The aim of the master classes of this kind is to transmit the idea of creativity to the children – the idea which will resist and survive any life difficulties and that can always make people stronger. 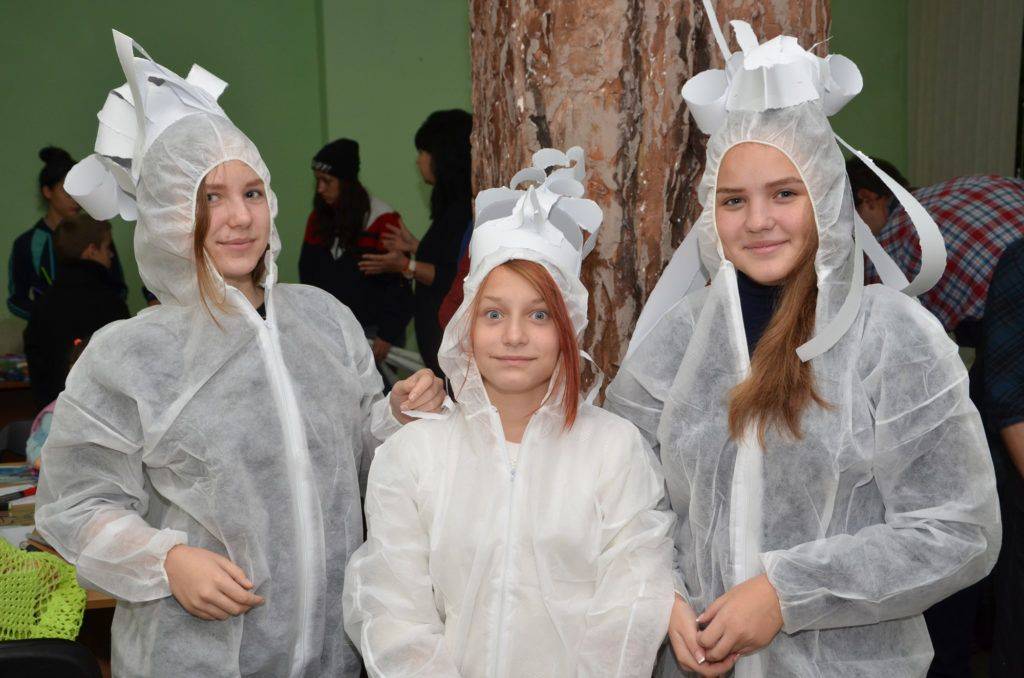 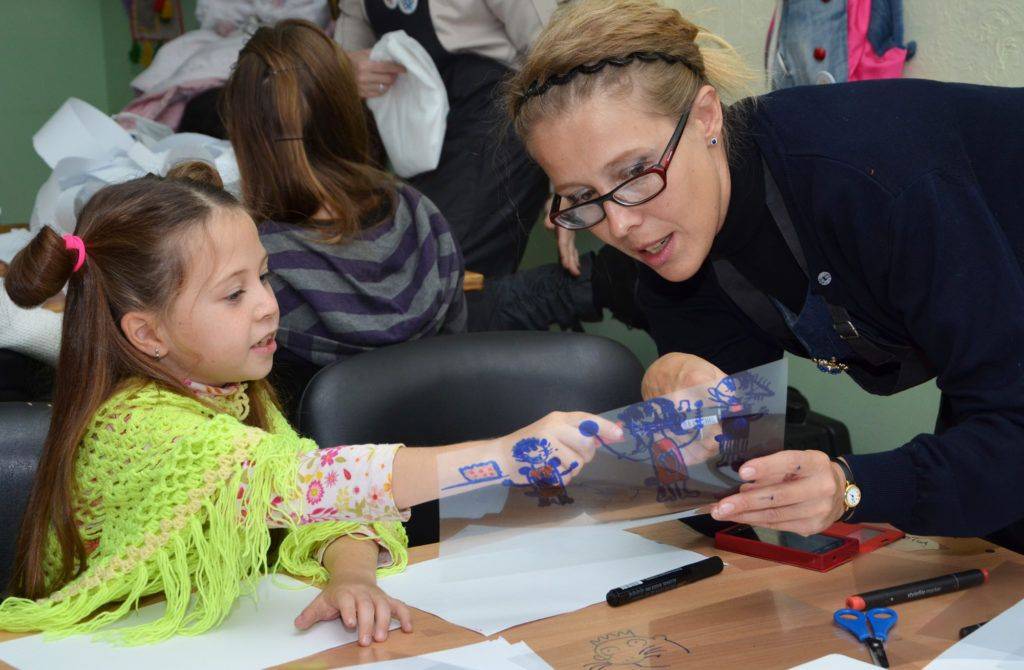