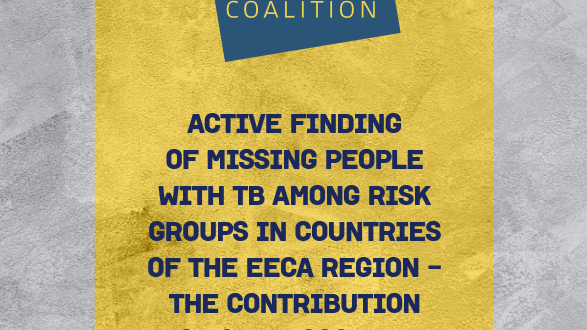 Tuberculosis European Coalition has published an Analytical Report of the Role of Civil Society Organizations in Active Finding of Missing People with Tuberculosis among Risk Groups in the Sites of Service Provision and among Contacts. The “Way Home” Odessa charity foundation became one of the NGOs report members.
⠀
The report was developed in the framework the TB-REP 2.0 project and describes two effective approaches on early detection among risk groups recommended by the World Health Organization:
⠀
– active finding of missing people with tuberculosis among risk groups at the service provision points;
– finding missing people with tuberculosis among close contacts of the person infected with TB
⠀
Also, the practice of finding people with TB among homeless people, migrants, internally displaced persons, people who use drugs, and sex workers has been analyzed on the basis of interviews conducted during the preparation of the material. Based on this analysis, recommendations for the Eastern Europe and Central Asia (EECA) are given in the current evaluation.
⠀
You can find the full text of the Analytical Report by following the link.