Dec, 1, 2016. Odessa Charity Fund “The Way Home” has organized the action, dedicated to the International HIV Prevention Day. The event was held in conjunction with the Odessa National Food Technology Academy and “The Alliance of the Civil Health”.

The organizers from The Way Home made a very unusual action with the students of the Academy: flash mob with the modern music and selfies in the support of the HIV prevention and the informational UNAIDS campaign «HANDS UP FOR #HIVPREVENTION». The organizers of the action were distributing condoms, informational materials and flyers that can be exchanged on coffee in the coffee-machine.
Also, anyone could pass the express testing on HIV in the mobile-ambulance of the “The Way Home ” – the line for testing was quite huge. Rapid tests are meant to give an instant result for HIV, so quite many students could pass the tests that day, as well as take part in flash mob and other activities of the day.
Students of the Academy have also made their own flash mob; they have made slogan “Stop HIV”  and a lot of selfies with the #HIVPREVENTION written on the palms of their hands. That’s how they have joined the worldwide campaign, organized by UNAIDS.
Natalia Kitsenko, the head of the HIV/AIDS prevention department of “The Way Home” Fund had express gratitude to the students, who participated in the program, for their active involvement, adding that “It is important to approach people with HIV without any prejudice, rather, we have to lend them our helping hand”.
Aram Bagdasaryan, the head of the city HIV Hospital, in his speech had pointed that it is highly important for each person to know one’s own HIV status. “It is great that you took part in such an important event for the young people”.
Olga Arnautova from the student society of the National Food Technology Academy has also notices the high activity of students during the program and their interest to spread the material on HIV prevention on. 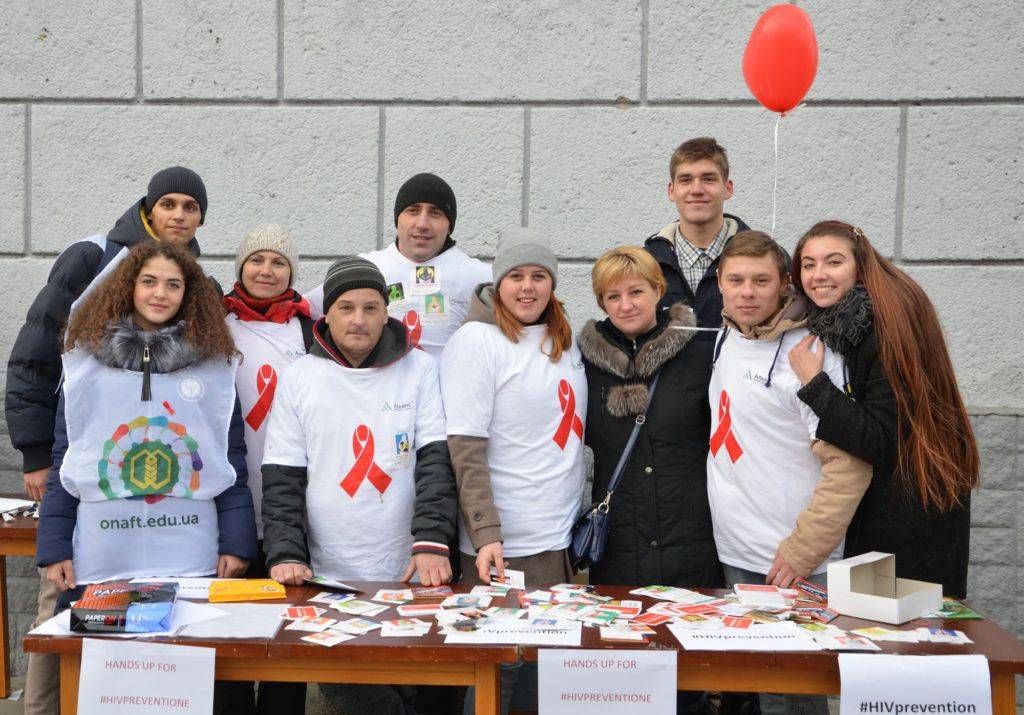 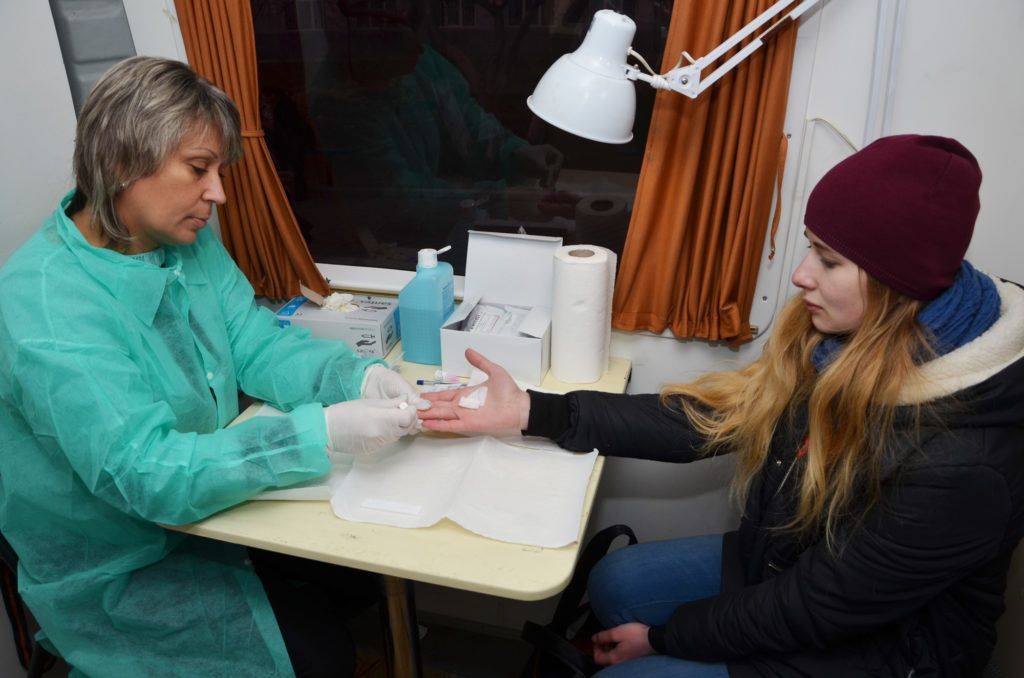 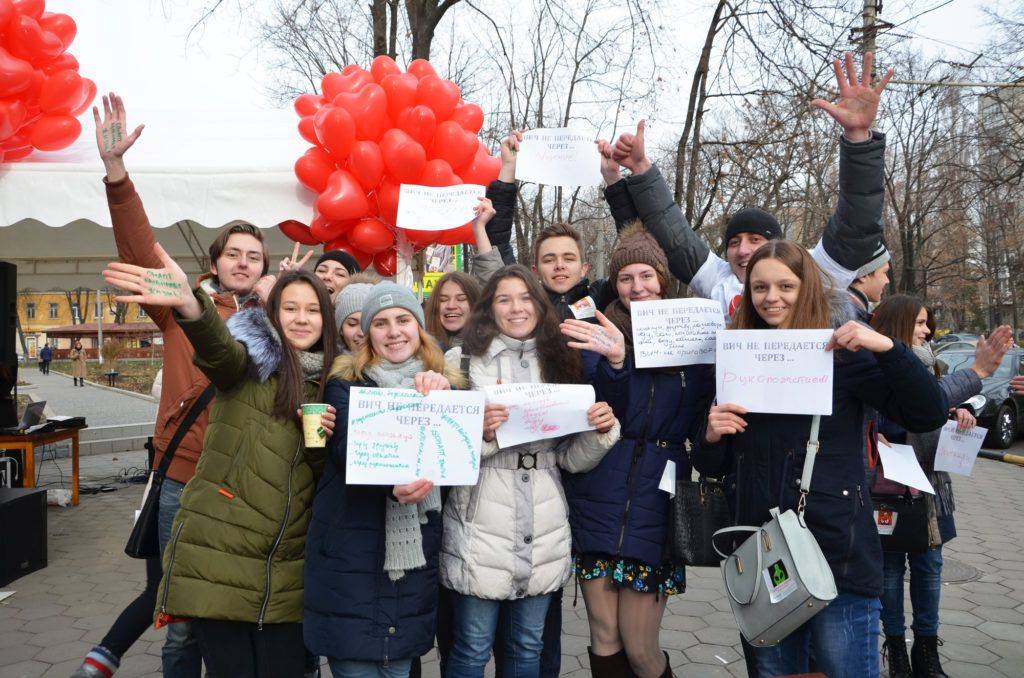 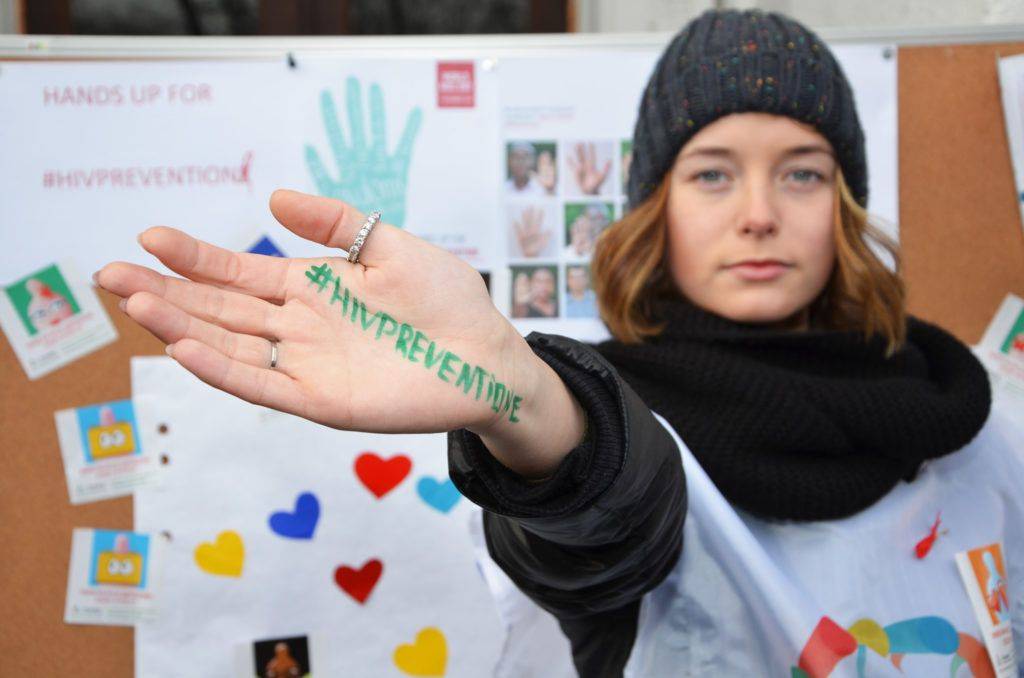 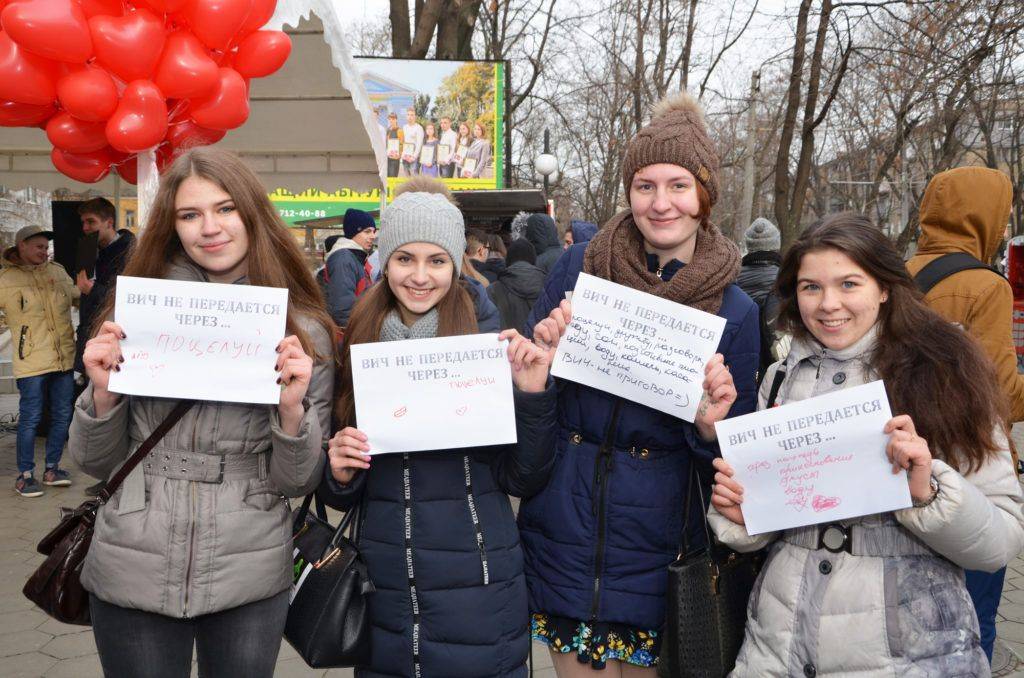 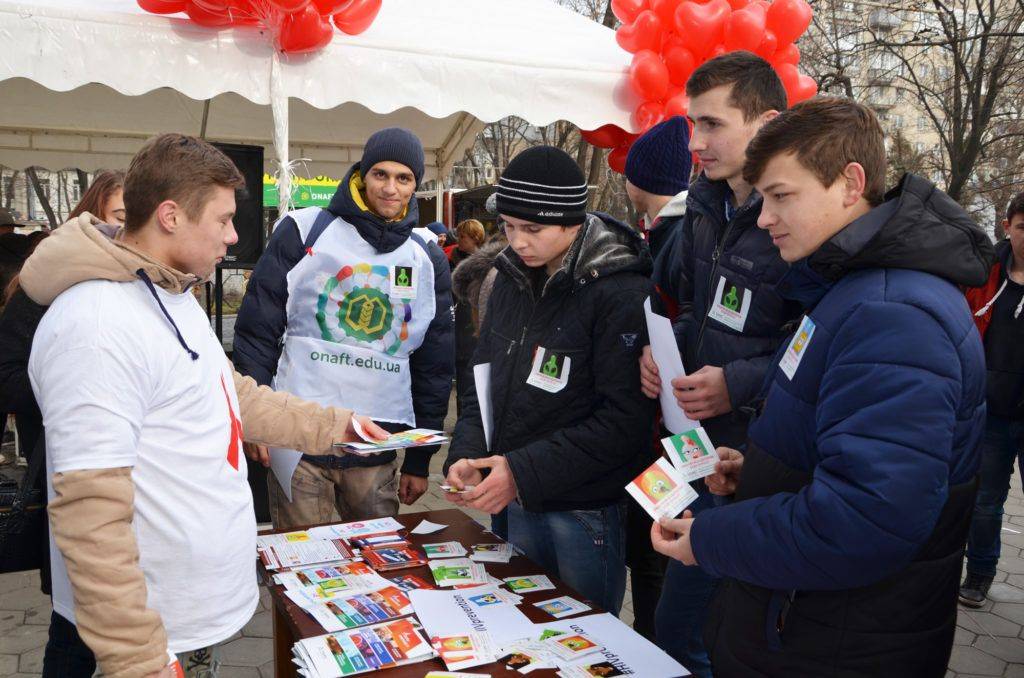 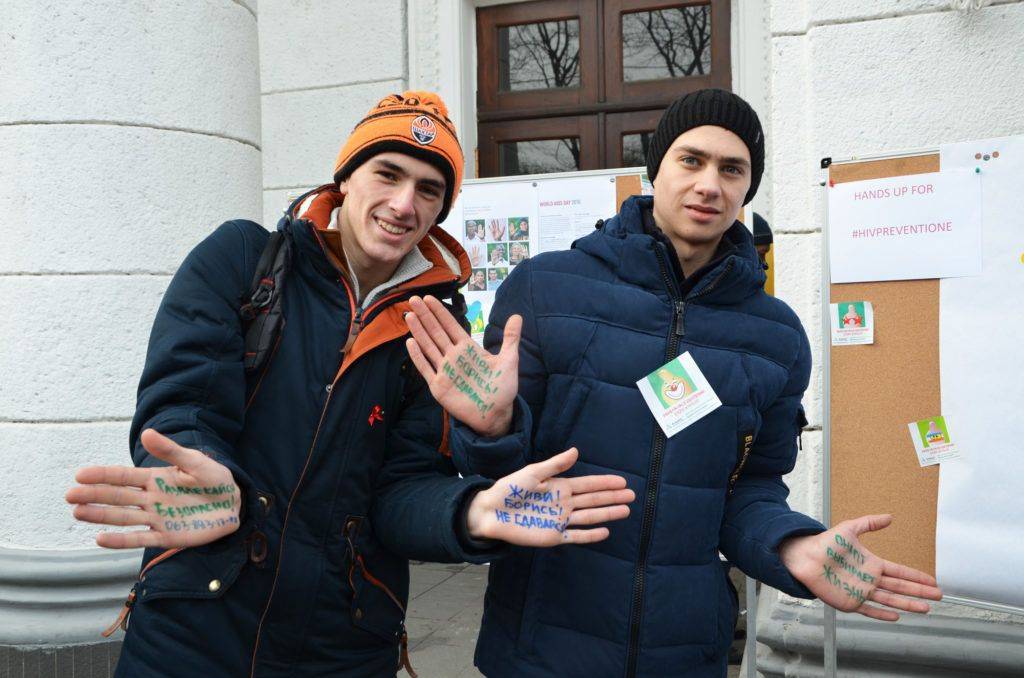 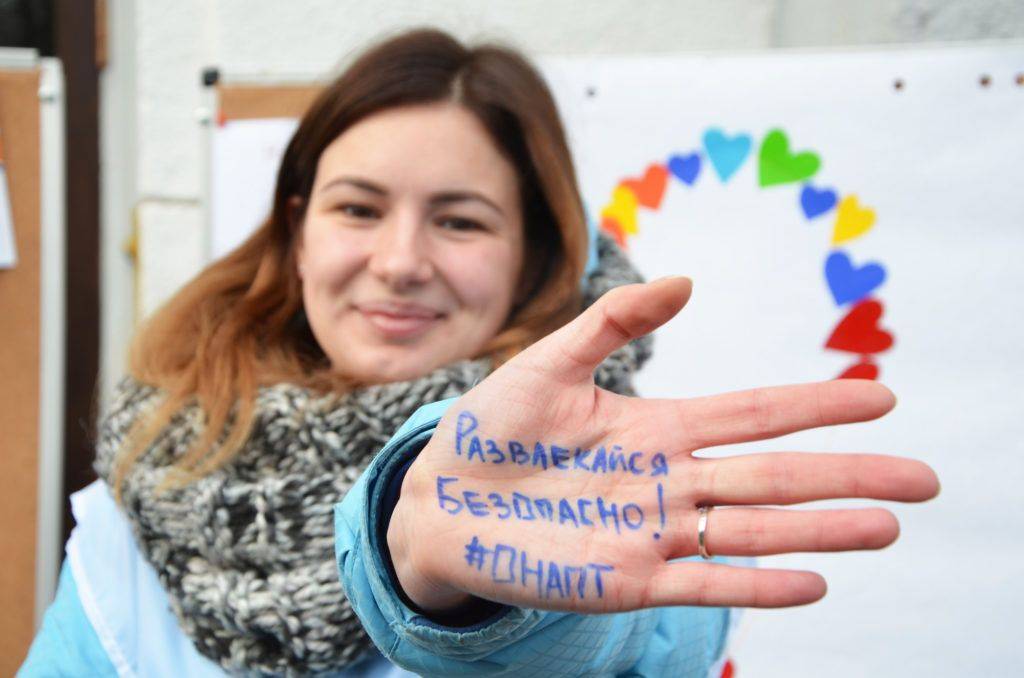 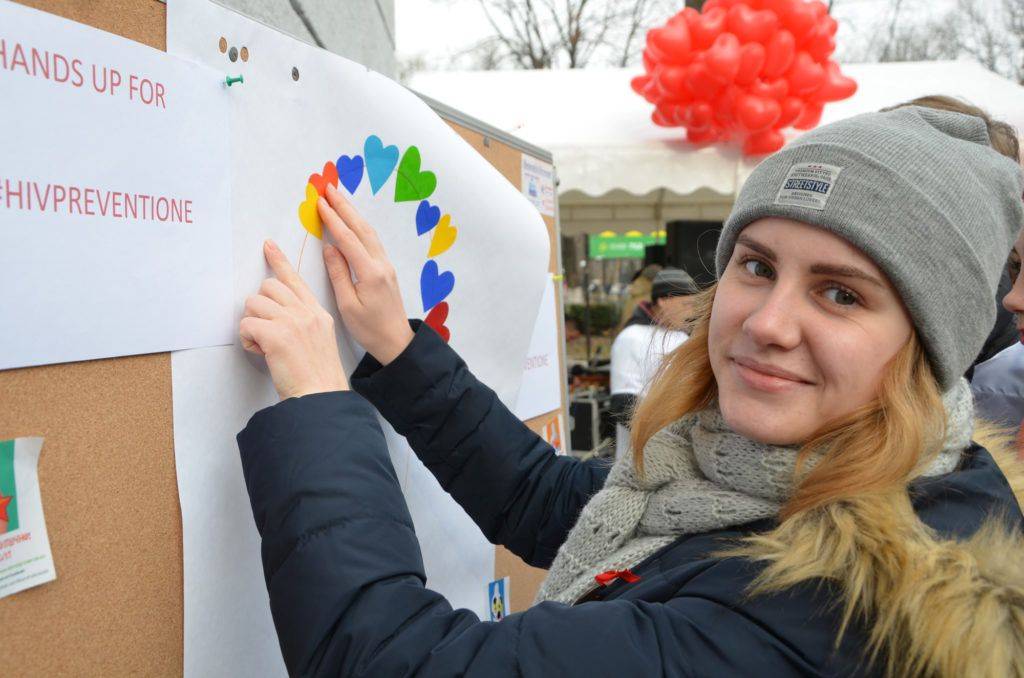