It’s easy to escape the problems by leaving home and staying on the streets, but it’s much harder to come back. Oleg had succeeded to come back to his normal life completely. He went through the social rehabilitation programs, the society got to need him now. But the main thing I that he understood that he needs himself and that his parents have always needed him.

Oleg went to the streets when he was only 10. The reason was quite common – he could not find understanding with his parents. Here is what he says: “I went out of the house, took a train and came to the city of Odessa. There I go to know some street guys, started living together with them in some house basement. It lasted for some years. Then I was found and brought to “The Way Home”. The group of street children, where Oleg was (he was called a Hedgehog there) was found by the social patrol of “The Way Home” Foundation. Oleg was sniffing clue at that time, just as all the other children from the group. Usually the next step of the drug abuse is switching to the injection drugs. However, Oleg, who was already 13 at that time, could luckily escape this.

The process of the social adaptation , that was organized for Oleg, went very uneasy.

At the beginning, he was absolutely intimidated, shy and scared of everything. Slowly the boy got to know the schedule, people and learned the rules of hygiene. The attendance in the summer camp also helped Oleg to adapt. Also he participated in the school preparatory classes. After 6 month of attending these classes, he was accepted to learn in the evening school. A remarkable thing happened once within “The Big Family” center. The teachers of  the city machinery manufacturing college came to the center in order to inform that the college has a vacant positions for the students. And although all of the children were one year younger then the college entry age, they have made a decision to take children from the last, the 9th grade of school to the college. So, our Oleg was one of these little college students, chosen to study in this college. So, Oleg started studying at school and in the college. Every day Oleg was going to the college, and three times a week he went to school in the evening. In addition to this, he was attending soccer and dance studio, took part in competitions and dance performances in the college together with the other children from the Foundation.

As it is now, Oleg had graduated from the college showing good marks, and became an electrician. He is also finishing his evening school studies: the funny thing is that he had graduated from school one year later then the college. It seems that he really enjoys studying. Right now he is studying cooking ad wishes to become a professional cook. He indeed started liking the process of learning. Because at the same time he could finish cooking courses and become a cook. While lining in the Fund, the specialists of the “Way Home” did their best to make his relations with the parents better. His parents did not know where is their son for several years, but when Oleg felt ready, his father came to see him in Odessa and they finally meet. Oleg returned home and spent some time there, but then had to come back to get employed in the city. Now this little hedgehog became an adult Oleg, a husband and a father in a wealthy enough family. Sometimes he comes to the “Way Home” and talks about his joys and successful moments, as well as the relationships with the parents that became much better. 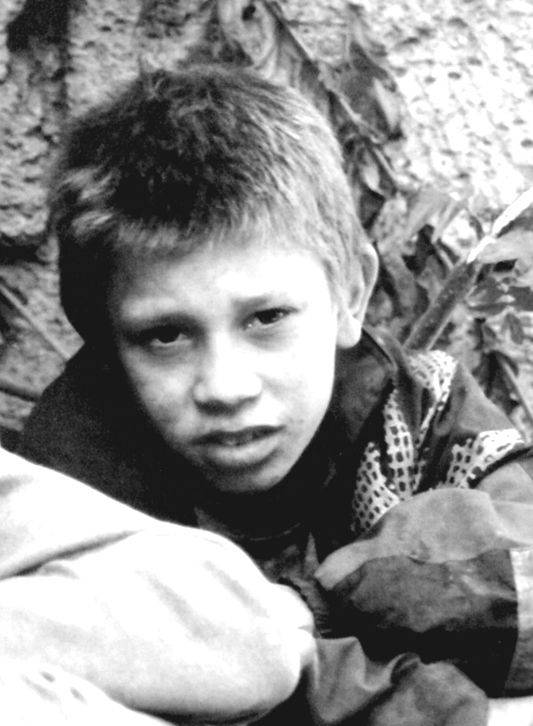