You can boldly say that the service of “Social Patrol” is a unique phenomenon. From year to year the personnel of this service helps children and young people, who found themselves in the streets, to gain shelter, to undergo medical treatment, in general, they help to return to a normal life without drugs and hatches of heating mains. Every day two minibuses with the team of “Social Patrol” consisting of social and health workers as well as an outreach worker travel to different parts of the city. As outreach workers there are guys who used to live in the street. They know the way of life of street children, their habits and habitats. The buses arrive at the already known “hot spots”, examine abandoned buildings, markets, beaches, parks – all the places where street children can stay. The bus is always with hot food, food rations, medicines, hygiene products, and clothing. For the street children of Odessa “Social Patrol” is well-known and they are always happy when it arrives.

The reasons for children and teens to live in the street are always different. There are several major ones. The first and perhaps most important reason is family problem. In families where parents use alcohol or drugs, the children are not paid enough attention to, and sometimes even are applied with physical force. Family conflicts are the main reason for a child to leave for the street. “Social Patrol” is the first link in the chain of social services to help children return to society. The team of “Social Patrol” tries to raise the level of motivation of street youth to the change of their behavior, lifestyle, and getting help. They recommend a child to visit “Open Doors” Centre because there you can get medical advice, talk to a psychologist, try to solve the problems with the family, change clothes, bathe, and eat. But this is only the first step towards rehabilitation of a child.

Here is the story of a boy who got help from the team of “Social Patrol”.

“Social Patrol” found a boy called Eugene in the street. He was 16 years old; he inhaled glue and drank alcohol in large quantities. When they met the teenager, he had already been living in the street for 4 months, and that was not the first time that he left home. Eugene went into the street because of misunderstanding and permanent conflict with parents. “Social Patrol” offered the boy to go to “Open the door” Center, he agreed, he really needed help. The personnel brought him to the Center, where he was able to change cloths, to eat, to bathe, to get to know the guys who visited the Centre regularly. After that, Eugene came there every day and took an active part in the life of the Centre. Communicating with the boy, the psychologist learned about him more and more. Eugene began to enjoy life, he made new friends. After some time, the personnel of “Open Doors” Centre spotted his parents and talked to them about the problem, which affected their family. Eugene turned out to be from a happy family, which worried about his fate very much; they came immediately and took him home. The personnel of the Center actively keep in touch with Eugene and his family. Currently, the boy studies at technical school, lives at home, has no conflicts with his parents and takes care of younger sister”. 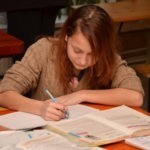 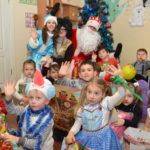 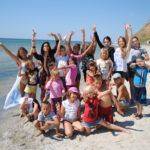 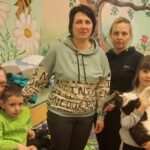 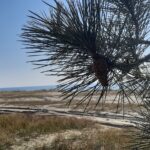 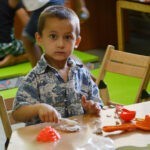