The head of the Odessa region police office, Yuriy Rybakh, had received the letter of gratitude to the police office and the handmade clay present. The other policemen also received their presents.
Yaroslava, 11, said: “We came here to tell you thank you for the help in collecting presents to the children”.
Olga Alexeeva, the organizer of the charity marathon “Let’s bring the children the holiday!” and a member of the “Way Home” team, said: “Each year more and more people are joining the marathon that we organize. This allows us to make more and more children happy. This year 530children and young people living in difficult life circumstances have received their personal presents. These are the children from poor families, IDP families, families in crisis as well as (this year) – children from the Orphanage (Petroverovka settlement, Odessa region)”.

The children were shown the Head police office of the city, they can also sit in the new patrol car driver’s seat.
Andrey, 9, really liked the excursion: “I could seat in the driver’s seat of the patrol car, and can even switch on the signal. I want to grow up soon and become a policeman!”
At the end of the meeting the policemen presented the children the magazine “Safety Regulations”, so that all of them can learn the safe behaviour on the road. 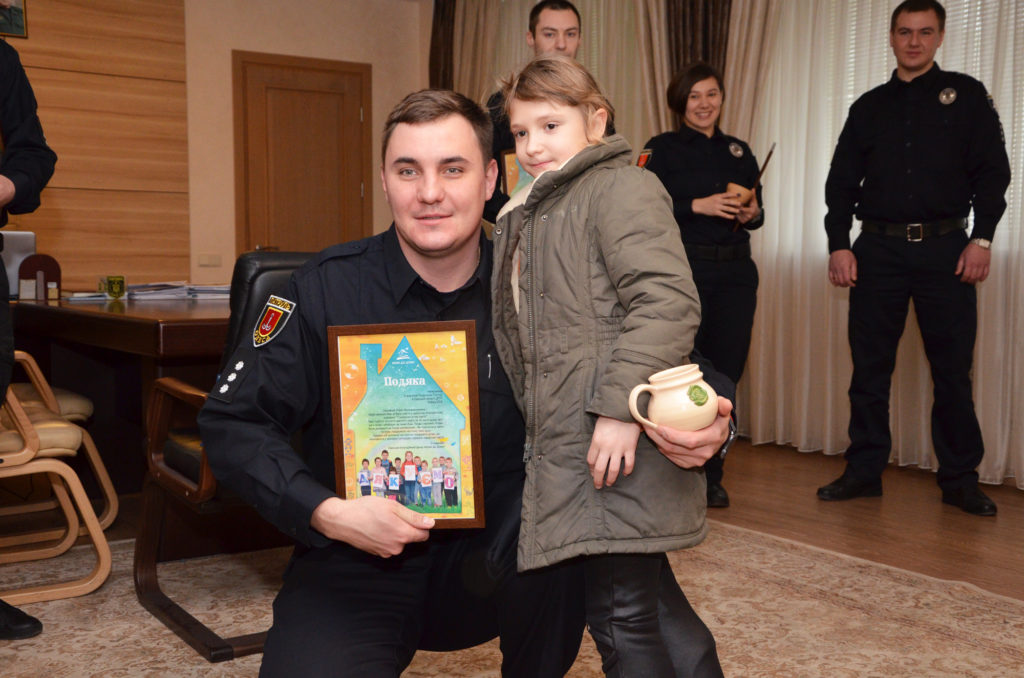 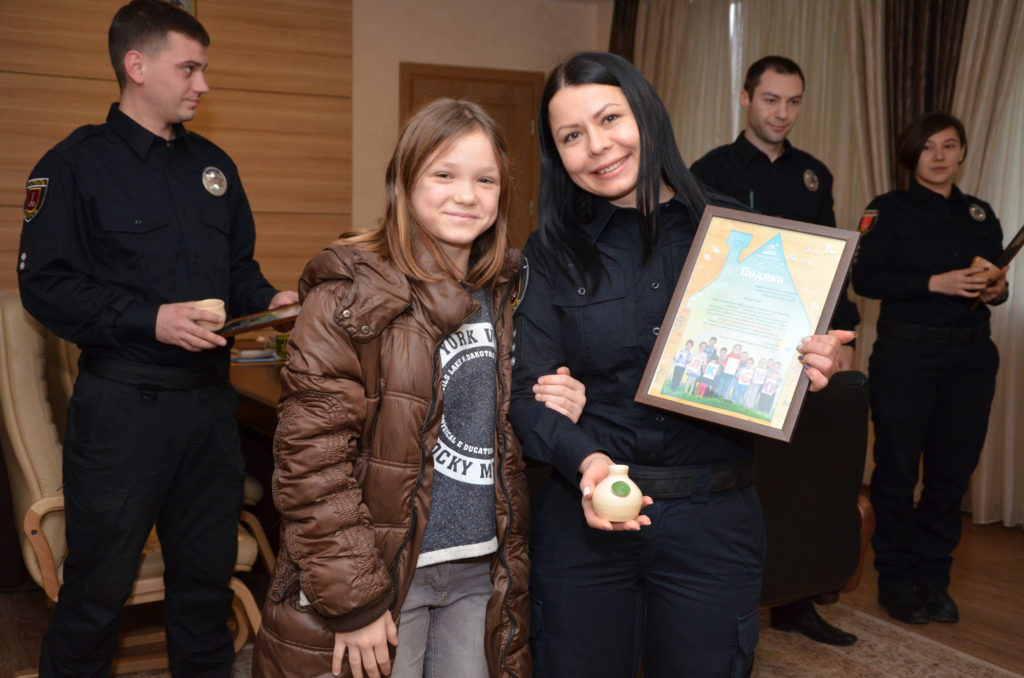 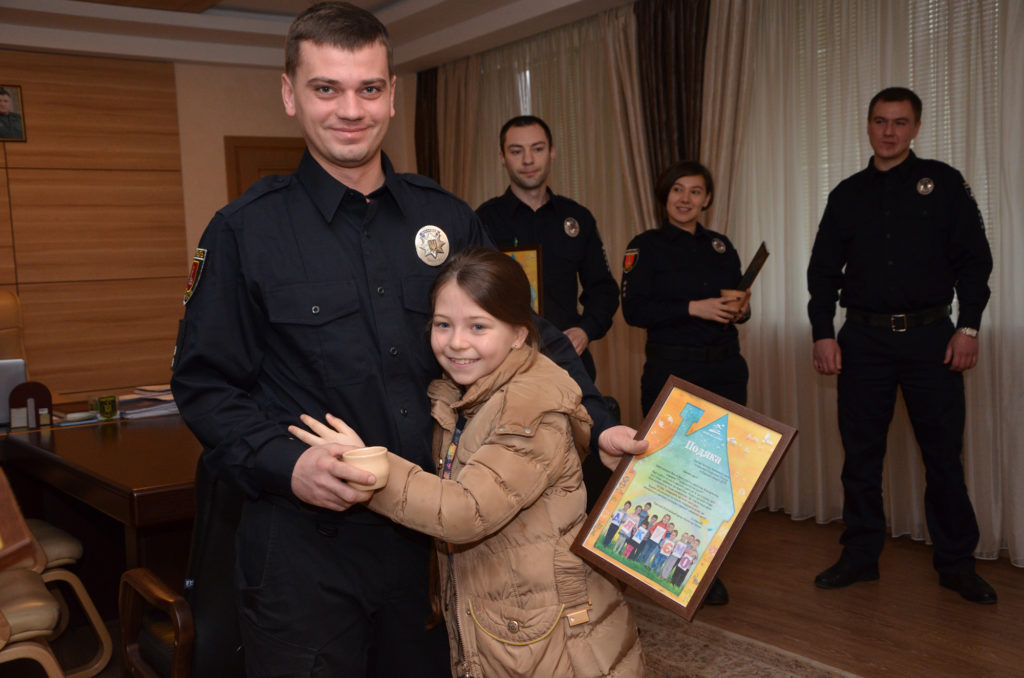 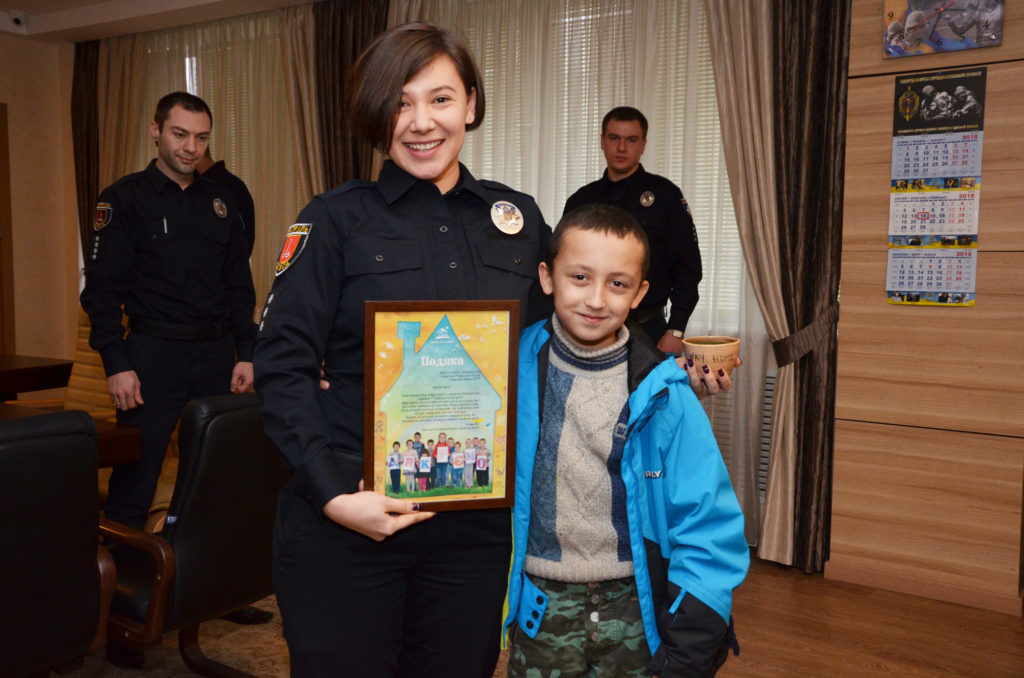 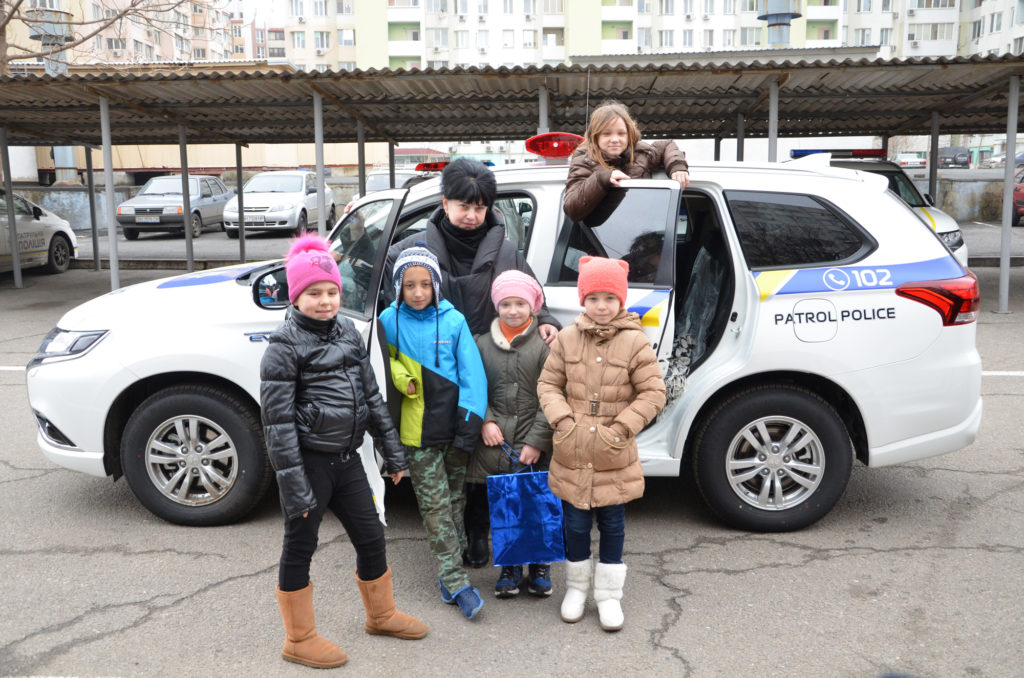 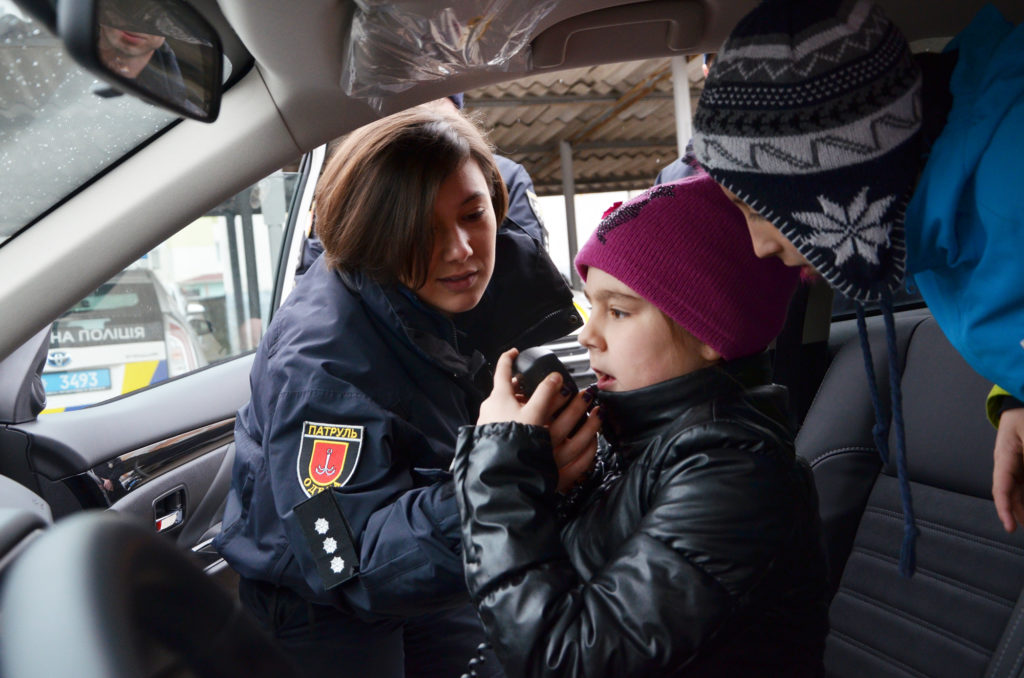